Falcons-Saints (one that got away) 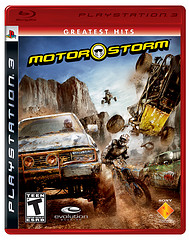 The first round of games includes

A couple of weeks ago I was wishful that Ratchet and Clank Future: Tools of Destruction, Oblivion GOTY edition, and Heavenly Sword would also get the Greatest Hits treatment. I think that R&C will get Greatest Hits treatment by the end of the year, but not sure about Heavenly Sword. I can understand Bethesda not offering Oblivion GOTY because sales of this game would all but erode their PlayStation Store offering of DLC.

Final note. What the hell is Sony thinking going with red cases?