Ferrari Ever the Villain 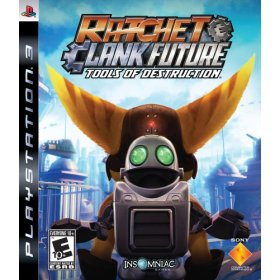 PS3 Fanboy is running a couple of different articles [link 1 and link 2] that show some “Greatest Hits” type titles are on the way for the PS3.

Game Positive+ also confirms that a “Greatest Hits” line is on the way.

“It should be interesting to see how prices compare to games in the Xbox 360’s Platinum Hits collection, which was started in 2006, and currently carries a general price range of around $30. Since the Platinum Hits line was introduced, it has accounted for more than 16% of all software sales on the popular console.”

Ratchet and Clank is a game that I really wanted to get, but I could never justify $60 bucks. Not because the game was not good, but at the time I already had spent close to $200 on games (F1CE, Resistance, and Oblivion). Throwing down another $60 was just too much, and besides, I knew that I would not find the time to really enjoy the game.

I have been thinking about dumping Resistance for a while because I have never been able to get into it. Not really my cup of tea. Doubt I will be able to do much with it now, but maybe I can get near enough for one of the boobie games. If I have to spell out Heavenly Sword and Conan you should stop reading this blog.

One thought on “Ratchet and Clank Future: Tools of Destruction gets cheap?”