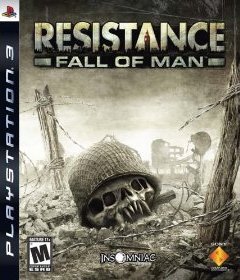 I never got into Resistance. A handful of hours here, and a few chapters there, but mostly a dust collector.  Really just an expensive rental, and another reason that I should not buy shooters.  It is not that the game was bad.  I think the only reason I picked it up was because it was suppose to be one of the best games on the PS3, and at the time (May 2007) there was not much else the PS3 had to offer.

Yesterday I sold the game for $30 on eBay, which was great timing since Circuit City is selling the game for $29.99 along with MotorStorm. I guess this sale is the lead-in for the new Greatest Hits line.

Warhawk was also listed, but it quickly sold out online. The game bundled with a bluetooth headset must have been too much for gamers to pass up.