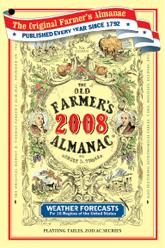 Like magic, clockwork, or another year of the Farmer’s Almanac, the latest, greatest edition of EA Sports NCAA Football is about to ship. Lucky for us, this year we get to spend some time with a demo before blindly throwing down our hard earned dollars. Of course, I would probably end up talking myself into purchasing the game, even if the demo sucked, because I am a glutton for NCAA Football punishment.

My most recent game may give a glimpse of what is to come on July 15 when the full version of the game finally hits stores. I was LSU (Ohio St. is just not going to do it for me), and to make things interesting, I wanted to see how I could do just by running the ball. Two minute quarters, so there is not going to be a lot of action. Ohio St. got the ball first and it appeared that I was going to get an early hand up by recovering a fumble. However, the play was reviewed, and promptly reversed. I think it was a close call, but should be interesting to watch how often reviews come into play.

During the next series Ohio St. managed to break a couple of tackles and out ran my entire defense to the endzone. 7-0 Ohio St.

I took the kickoff a good 30 yards, and started running, pounding the ball inside and out, slowly moving down the field. A 15-yard facemask penalty helped me continue to pick up decent chunks of yards. After a few timely first downs, including one fourth and two conversion, I found myself at the seven yard line, with 17 seconds and no timeouts to stop the clock. OK, to hell with running the ball. I called a play-action pass, intending to hit my TE in the right corner of the endzone, but the Buckeye defense was not fooled by the call, sacking my QB. I could not get the ball snapped in time to get another crack at the endzone or a field goal. Oops.

In the second half I continued to move the ball well on the ground. This is good stuff for someone that loves playing three-yards and a cloud of dust. I ended up turning the ball over on downs around the Ohio St. 20 yard line. I lost the game 7-0, but a few things stood out.

I know it is just a demo, but the gameplay is encouraging.